This week's free single is "Run" by Delta Rae. Get it for free only this week by visiting the iTunes Store on your iOS device.

Combo Crew is this week's "App of the Week". Get it for free on the App Store on your iOS device for this week only. 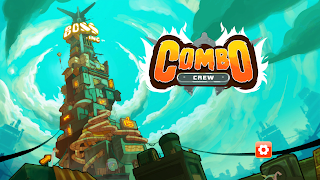 Combo Crew is a game a lot like traditional fighter games on popular consoles like Street Fighter and Mortal Combat but with a bunch of differences. Games like SF and MC are built around a more 2D experience with one side of the characters showing as they face and fight one another. Combo Crew is a game about street fighting but is more 3D and a game more comparable to that of Fruit Ninja.

For anyone who's played Fruit Ninja, this should be a very easy game to get adjusted to. The mechanics are the same in that you don't just click on enemies to have your character fight them but you swipe across the opponent to have them fight the desired opponent. 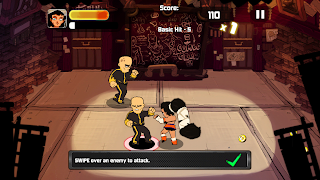 There are different ways to fight with your fingers. You can do a one finger swipe on an enemy and your character will hit them once, you can charge your attack by holding a swipe for a few seconds, or you can use two fingers for double hits. 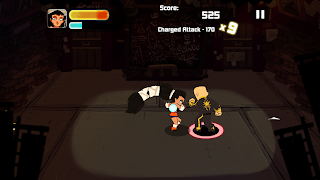 Once you've completed a round, you can move to the next round. 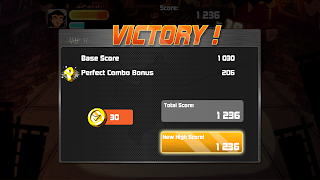 Of course, there are prizes for doing better in a match. Like the screenshot above, if you happen to not get hit at all during a match, you get a Perfect Combo Bonus which can get you a higher score. 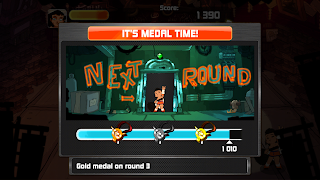 There are also medals at the end of each round.

The game allows the purchase of newer characters. Players can choose to use in-game money earned from fighting matches or using real money to purchase others. Below is a screenshot of some of the characters that can be bought. 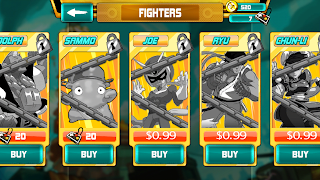 You may notice that there are some recognizable names like Joe and Ryu. Whether these are legitimate characters from their appropriate series or not remains unknown to me. However, each of these characters, and others can be purchased for $0.99 USD. Others, on a previous page, can be purchased using in-game currency which are video game controllers. These seem to be unlocked when you get perfect matches and only then. I haven't come across any other areas of the game where you can get these collectables.

The game is your typical fighting game with some extras that only touch devices can bring using swipes.

For me, this isn't a normal game that I play as I'm not into fighting games as much, but it may be fun for some.