This week's iTunes Single of the Week is Christina Perri - Something About December.

In addition, Apple also gives away a free ebook every week. This week's free book is A Charlie Brown Christmas by Charles M. Schulz. 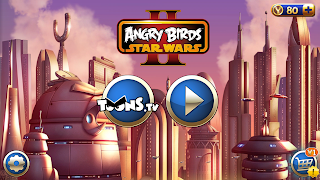 Following in the steps of the previous popular mobile games, Angry Birds Star Wars II does not disappoint gamers eager to smash some blocks and piggies.

As with all new titles in the Angry Birds series, this one features new birds, new abilities, and new levels to explore. 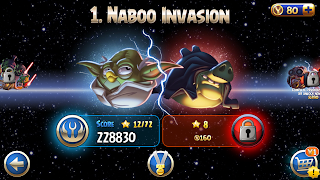 There are a few different stages to the game; however, only a few are currently unlocked. Never fear, more are promised to come just as it is with all Angry Birds games. Most gamers will be stuck for a while on a few levels or trying to get all three stars for every level before reaching that point. 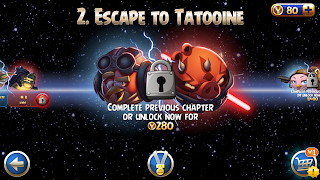 As is with most of these games, there is a way to unlock more features using real money. Stages later in the game can be purchased using in-game currency that is signified by the top right corner with a gold "Y" symbol.

However, these stages can be unlocked by just playing through the game and racking up as many stars as possible. 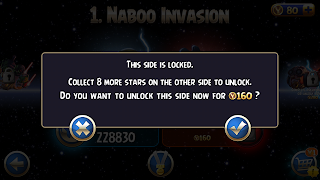 Below are screenshots of some of the gameplay in action with two of the birds featured in this game. 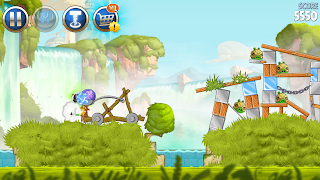 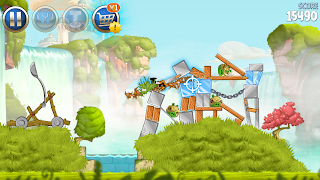 I haven't beaten the game, but I have passed 5 of the levels and it is the same, fun experience I've grown accustomed to over these years.