On September 19, 2014, the, perhaps, biggest launch of the year occurred with the Apple iPhone 6 and its larger variant, the 6 Plus. Apple knew that it would be in high demand for two main reasons. One, it introduced a larger screened iPhone that could directly compete with Android fans who've been enjoying larger screens for many years. And two, it is the next true release in the iPhone line whereas the 5S that came out last year was a game-changer for the iPhone in having a Touch-ID sensor as well as a 64-bit processor, but it was still not a true step up from the iPhone 5 that came the year before.

On this day, I went to one of our local malls and while I waited for the mechanics to change my oil, I popped into the nearby T-Mobile store to sign up and hopefully receive my iPhone 6 Plus that I'd been craving for a while.

Much earlier in the day, I had noticed long lines outside of lots of T-Mobile stores as well as other carriers for people waiting to get their hands on one of the few iPhones in stock. It was much later in the day and I assumed that the lines would have died down, but that wasn't the case. The line was filled with at least 15 people before me and I was turned away at first because one of the associates assumed I wanted the iPhone 6 Plus today or never. But I was willing to wait a reasonable time so that I could get a new phone and leave Sprint for a better network.

I signed up, ran my credit, was approved, and told that my wait would take 8 weeks from that date. During that time, I kept checking to see if the time had been cut. On T-Mobile's website on both the iPhone pricing and in their forums by some of their admins, I had been told that the wait was now cut down to 6 weeks for those like me who were waiting for the iPhone 6 Plus 64 GB space grey edition. 6 weeks from my purchase date would have been October 31, 2014 and I, indeed, did wait patiently. I am not able to check my status online as I don't currently have a T-Mobile account, so I was forced to call and ask representatives. On these occasions, they, too, informed me that my phone should be shipped by October 31, 2014. I waited but received nothing on October 31. No e-mail, no phone, nothing. So I called on November 1, 2014 late in the evening to inquire about my order. I was put on hold for 20 minutes and I suspect because many others were also calling about their orders. When I finally got in touch with a representative, she informed me that my order was still in backorder and that she had no other information on my order at the time but anticipated that things should change within 48 hours. I waited the additional 48 hours and called again.

This time, a man answered and asked how he could help. I, again, asked about my order and he informed me that there was no new information and that my phone was still on backorder. He also made a comment, "Gee, I see that you've been calling quite a bit about this order." I simply giggled but deep down I couldn't help but think, "Uh yeah, I ordered this device 6 weeks ago and have seen NOTHING but promises of new dates again and again."

After my phone call, I looked up some forums of others who were waiting for their phones. I even noticed that people had ordered the same exact phone that I did, directly from T-Mobile like I had, on the day AFTER I ordered mine and they already have shipping dates. My order is still in backorder with no shipping date or anything, yet T-Mobile has time to ship other people's devices who ordered AFTER me?? Is that not ridiculous?

So, I sit and continue waiting for this device. I also keep "bugging" T-Mobile with these phone calls because I'm not wanting to receive my new phone and then I've got to pay for another month with Sprint because I didn't cancel in time or I canceled too early and now I have no phone.

So T-Mobile and Apple: what's the true status of my order? Is it coming or not?

Update November 6, 2014:
I called T-Mobile tonight and the representative was much different than one I had previously spoken with.

While the previous rep seemed to be bothered that I called so frequently, this rep was apologetic on behalf of T-Mobile. He informed me that T-Mobile's estimated wait time was 6 weeks and proceeded to count the weeks. Once he had seen that my wait was over 6 weeks, he was shocked and even exclaimed, "Wow." and proceeded to apologize multiple times. I told him that it's fine, it's only a phone, but he disagreed and stated that he was disappointed in his company making a promise they were unable to keep. To show how much he felt for my situation, he offered to pay for my shipping costs and also credited my account with $20 just for being patient.

My thanks go out to the representatives who act in this manner and treat customers with so much respect. Admittedly, I had been thinking of sticking with Sprint for another two years or canceling my order and trying my luck with an Apple Store. Either route would have resulted in loss revenue to T-Mobile and the company owes a lot to people like this who make me, as a customer, feel especially welcomed and considerate of my feelings instead of being defensive for the company.

Update November 8, 2014:
I awoke this morning to find that my credit card had been charged and a T-Mobile e-mail in my inbox telling me that my iPhone 6+ has been shipped.

Actually, I found a little trick for anyone who's waiting...if you check your statements and find that your card has been charged, you might be able to go to UPS' website and check the status of our order. Try this: 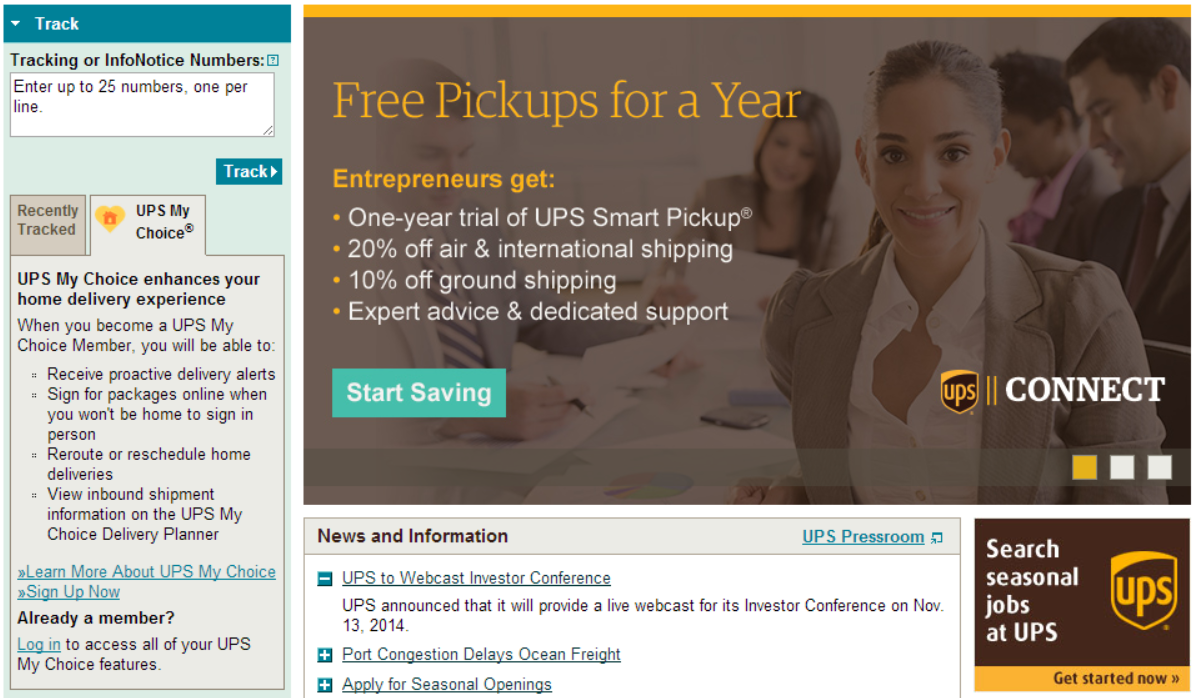 2. You will now bring up this screen. 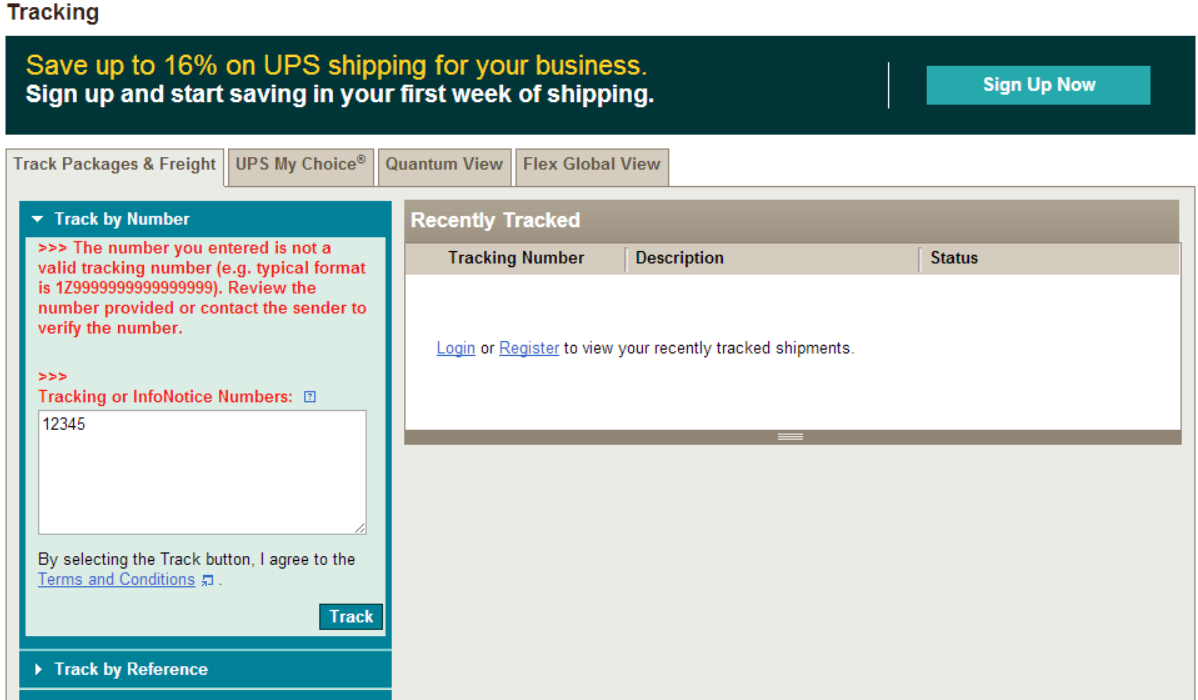 3. Click on the bottom part for "Track by Reference" 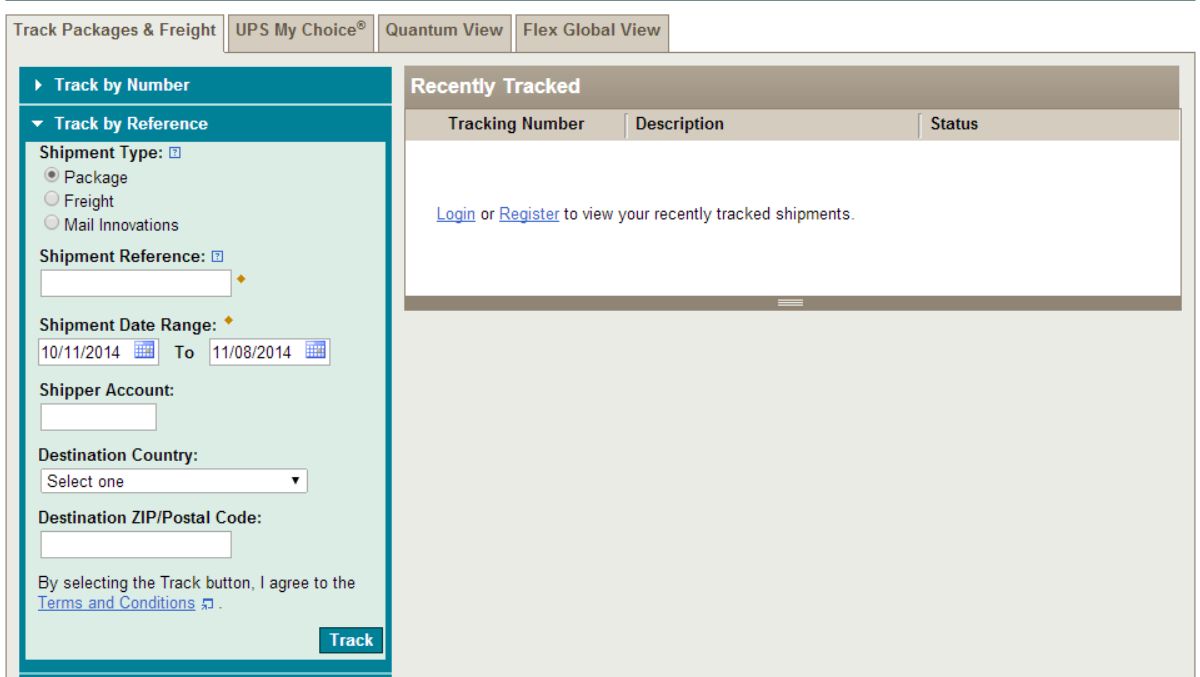 4. In the part where it says, "Shipment Reference", type in your T-Mobile number and it may show the status of your order. However, while you receive your "shipping number" before it has been officially given to you, it will probably just tell you something like "A UPS shipping label has been created. Once the shipment arrives at our facility, the tracking status--including the scheduled delivery date--will be updated."

I found this out yesterday before T-Mobile e-mailed me this morning with the shipping number. I used the number they had given me and it too says the same thing as above. However, the e-mail itself says I should receive my phone by Monday, November 10, 2014. I'm wondering if that representative upped me to over-night shipping as well because I was told it usually takes 7-10 days once I get the email.
Posted by ndh777 at 11/04/2014 07:07:00 AM